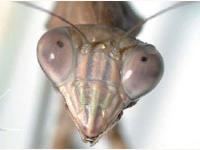 and any number of other insects are at their most prevalent during the months of July and August.

The sting from any of these insects can be very painful. Try to withdraw the sting immediately but do not use tweezers because squeezing or pressing the sting can inject more poison into the skin. It is  recommended that you scratch off the sting with your fingernail, a knife or the edge of a credit card. Normal  reaction to a sting is pain, itching and swelling of the injured area but these symptoms will pass off within hours.

The best treatment is to clean the injured area and bathe with cold water. Some people are severely sensitive to insect venom and can suffer respiratory and cardiac problems. If a person, who has been stung, shows signs of wheezing, breathing difficulties and/or facial swelling or has a rapid pulse, it is a sign that he/she has an allergy. In this instance, do not delay Call an ambulance or get to a hospital casualty department immediately, an allergy to such a sting can be life threatening.

Pine Caterpillars or processional caterpillars (Latin name thaumetopoea pityocampa) are probably one of the most unpleasant creatures you will find in Spain, certainly in areas where pine trees grow in abundance. They are found throughout the warmer regions of Southern Europe, the Near East and North Africa. As well as causing much damage to pine forests, they are a major danger to animals and, to a lesser degree, human beings.

Do not touch them and warn your children that they are not like the friendly English caterpillars. The very fine hairs on these creatures are poisonous and most dangerous. They can be seen living in silk cocoon style nests hanging in the pine trees to which they are most harmful, stripping them of their pine needles. When hungry, they leave their cocoon to seek another uninfected tree on which to feed. They travel nose to tail in a line, hence the name Processional.

They are most noticeable from January to mid April and are at their most dangerous in mid/late February, although they tend to hang around for most of the year. The caterpillars are often seen in the evenings, walking in procession from tree to tree; if they drop onto you or your pet, dont brush them off with your hands because the effect is most unpleasant, causing great irritation, a rash and pain. Dogs, cats and people can suffer from shock.

The hairs of the caterpillars are still virulent even when the creatures are dead. Do not hit them with sticks because hairs flying in the air are just as dangerous. Burn them, but be careful of floating hairs. If the caterpillars are in the tree cocoon state, first spray the nest with hair spray (to seal down the hairs), cover the cocoon and the affected part of the branch with a plastic bag, cut down the branch, place it on clear ground and burn it.

Europe was rife with malaria until the middle of the 20th century but Spain made great efforts to clear its wetlands where the problem was endemic and in 1964 malaria was declared to be eradicated from the country. However, mosquito bites arent just a painful nuisance, they can pass on serious diseases such as yellow fever, encephalitis and malaria to both humans and animals. Additionally, this year, a strain of mosquito has brought West Nile virus into the Barcelona area and it is predicted to spread across the whole Mediterranean coastline.

The areas most at risk are those that retain weed infested pools of stagnant water. These conditions encourage breeding and it is the bite of the female that is dangerous and can transmit disease. Town centres and well managed areas are fairly free but if you live near any area with stagnant ponds, take special precautions and complain to the local Ayuntamiento (town hall).

There are many suggestions of ways to prevent adverse reactions, for example, take more vitamin B1, but another source advises more Vitamin B6. There are many repellents sold which state that they offer protection for a number of hours after application, but these should always be used with caution.

Do not spray in enclosed areas or apply repellent over cuts, wounds or irritated skin. Never apply to eyes and mouth and do not apply to the hands of young children. If you live in a mosquito infected area, ask your doctor or Farmacia (chemist) for advice. There are also many electrically activated repellents on sale. For young children the use of an anti mosquito net over the bed at night is still very effective. Application of a camomile lotion can help alleviate itchiness. As ever, if an extreme reaction occurs, seek medical advice.

Sand Flies (Leishmaniasis) are a big threat to pets especially dogs. Dogs that regularly travel abroad may be exposed to Leishmaniasis (also known as Kala-Azar) which is carried from dog-to-dog by a bite from a Sand Fly.

The name Sand Fly is misleading as the Sand Flys natural habitat is in wooded and garden areas. Dogs can be bitten up to 100 times an hour during the sand fly season which begins in May and ends in October, with August being the worst month.

The flies are mainly active between dusk and dawn. Early morning, to 4am, is the worst period. They are not high flyers, so your dog is better off in an upper room at night. Fitting a preventative collar will protect your pet from approximately 95% of sand flies bites for the whole season. Dogs left out in the garden as security guards are particularly at risk.

It is thought that there may be very rare suspected cases of the disease being passed to humans; this is currently being research by the World Health Authority.

Whether you live inland or on the coast, you are bound to come into contact with biting or stinging insects during the hottest months in Spain; so be prepared, keep a medical box well stocked with antiseptics and antihistamine for the worst cases, never walk in the countryside without shoes and above all, if you see an unusual looking insect, dont touch it! 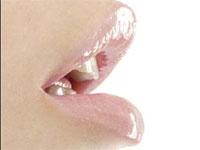 A gold mine of nutrients