Some legal advice on the tricky laws governing employing staff in Spain.

As an EU citizen, you can work or start a business in Spain under the same conditions as Spanish citizens.

As far as being an employer in Spain is concerned, there are two alternatives. Firstly, workers can be employed by the company you have formed, however the cost of doing so may be high, especially if your business is just starting or if you need the employees for a limited time.

If you do not plan on having a physical business in Spain, then you should consider using the service of your lawyer to register your foreign business with the social security office.

The other alternative is to have the prospective employee set up as a self-employed worker (autó-nomo).

Employed workers require a work permit called cuenta ajena, which means on another persons account, while the self employed need a permit, called autonomo, on own account. Self employed persons have to pay their own social security, tax and business license.

When employing other persons, you have to register them into the social security system and pay them at least the minimum wage. The law also stipulates a 40-hour working week, 30 days holidays and 14 days bank holidays per year (these are national, state, and local holidays).

The ruling system with regards to contracts of employment and conditions is rather complex because each type of business  is subject to different agreements made with Unions relating to the specific type of work within that activity (time off, extra payments, etc.).
Employees are extremely well protected in Spain, so, before employing somebody, do get the appropriate legal advice as you could get fined and/or easily taken to court by a former employee.

Types of Employment Contracts in Spain
To complicate things just a little further, there are different types of employment contracts:

Indefinite contracts with incentives may be used when hiring:

The main characteristics of an indefinite contract with incentives are:

Temporary contracts the main types are:

How much does it cost to pay an employee´s social security in Spain?
Percentages of gross pay

The types of contribution fall into roughly three groups:

These percentages may be slightly different depending on the work contract, salary guaranteed, in the case of bankrupts, professional studies and additional amount based on the employees professional classification.

Finally, remember that if you are working in Spain for a year and your company is paying into the Spanish social security system, the amount that you have accumulated in the Spanish system can be transferred to any other EU country and any country that has a treaty with Spain (Internacional Convenios bilaterales). 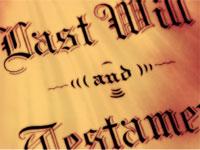 The Role of Spanish Public Notaries

Why do you need a Spanish Lawyer?