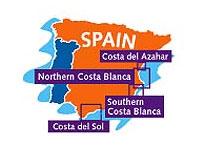 Britons still prefer Spain as a location to buy their second home.

Some 65.7% of all Britons, who decide to buy a property abroad, choose Spain as their preferred destination where to acquire a holiday home.

The climate, the quality of life and the investment aspect are the main reasons to influence the decision after a first contact on the internet.

Buying a second home for holidays or for letting has been a very attractive option when the Stock Exchange did not offer much returns on investments.

There are some 3.3 million second homes in Spain, with an annual increase pattern of some 3% per annum in the last ten years.  The majority have been built on the Costa, for obvious reasons.

The investments are usually made in one of two areas: in new areas that show promise and with more competitive prices, but with a higher risk, like Murcia or Almeria or in more established and internationally recognized areas like the Costa del Sol, Costa Brava, Costa Blanca or Costa de la Luz.

The reasons for buying a property in Spain are varied: a good climate (Spain is the European country with the greatest number of sunshine hours), favourable investment because of its stability and future prospects and it betters the quality of life in comparison to other European countries.

The forecast is that by 2008 the demand for second homes by foreign citizens will be greater than the Spanish.

According to a survey carried out by IESE, it is estimated that 80,000 of the 151,000 units that will be commercialized in tourist areas in the next four years will be purchased by foreign nationals.

It is anticipated that in the medium term the British and the Germans will dominate the market, although the Norwegians and Swedish market is gaining in importance.

Spain is the chosen one
But it is the British market that leads all others and Spain is becoming a shelter for property investments in 65.7% of cases.

About 17.4% of British people say they want a house in Spain with the object of making it their main residence, only 0.7% confirms that they do so for investment purposes. France and Florida U.S.A. are the second and third preferred locations after Spain.

The property market on the Spanish Costas has become a very attractive proposition for Britons because the destination is becoming more and more accessible on account of cheap flights well below prices for flying within the United Kingdom and because of the existing and established British community.

A survey carried out by the Grupo Lar informs us that the main arguments put forward by the British for choosing to buy in Spain are the climate (42.3%), followed by personal or cultural reasons (30.6%). Some 12.2% treat it as their customary holiday location and some 14.9% just look for a better life style.

The source of information most used by Britons to locate their future foreign home is via the internet (73.9%). However some 59% advise that they go by word of mouth, 56% local estate agents and 47% property magazines.

Of all British tourists that visit Spain, half do not seem to find any particular aspect of Spain that they specifically dislike. The other half raise some negative factors such as terrorism (12.2%), tourist overcrowding (10.9%) and bad infrastructure (10.4%).

Spanish Property News: The EU Commission replies to a complaint about Spain
The European Commission rules that Spain does not discriminate against foreign nationals who buy a second home.
Property News